When you think of the term slavery, you probably think of African slaves in the cotton plantations of North America, a hundred years ago. You think of young men and women in shackles, being sold to the highest bidder, or you think of Filipino women being sold into prostitution and abused for years.

You aren’t as likely to think of slavery in modern UK or London. Yet it exists. From nail bars to construction sites, from prostitution to domestic workers, slavery is the unseen bane that exists today, right under our noses. For instance, in 2013, three women were rescued from a house in Brixton after being held as slaves for over thirty years. What may have looked from the outside to be a normal family was actually a disturbing story of these women held in captivity, being made to do menial tasks, and having been completely brainwashed.

Or consider the flourishing nail bars that have sprouted up all over the city. Reports say that a fair number of their staff are actually bonded labour, and are being paid less than minimum wages. Furthermore, because immigration and their status here is often an issue, they just keep quiet, and work for hours in exchange for a place to stay and very little money.

It’s likely that you’ve heard of poor families being coerced with fraudulent loans in India, Nepal and Bangladesh, made to work for years and decades in brick kilns or quarries. But it is also happening right under our noses in the UK today. Consider the case of Albert[1], newly arrived from Albania, who met two men while searching for a job. They promised him work, took his passport, and paid him 3 to 5 pounds an hour, laying concrete slabs in construction sites, until he collapsed of exhaustion.

Slavery in the UK is not limited to foreign immigrants, though it does happen to them more often. In recent news was the report of a thirteen year old, lured by a family member into sex and prostitution, while being given drugs and alcohol in exchange, and being made to feel older and sexier. This continued for four years, until she finally had the courage to go to the police. She now feels angry about being robbed of four years of her childhood.

Slavery is closer than you think. This term that evokes memories of time gone by is rampant today, not just in countries you think about when the term is mentioned – like Saudi Arabia and Filipino maids, or bonded labour in India – but right under our noses here in the UK. In 2013, there were 1746 cases of slavery reported, an increase of 47% from the number of cases reported in 2012[2]. Although victims in the UK come from many countries, like: Nigeria, Romania, and Albania, 90 of the victims were UK nationals in the cases reported in 2013[3].

Modern slavery is a reality. And for all of us to be aware that slavery is not just something that happens far away, in other countries, but right here, we need to actively question the places we frequent, buy clothes from, get manicures from, and engage with, changing the reality for some people. From agriculture to cannabis farms, brothels and nail bars to construction sites, slavery still affects vulnerable people and is a gross violation of the Universal Declaration of Human Rights 1948 that states: ‘No one shall be held in slavery or servitude; slavery and the slave trade shall be prohibited in all their forms.’ It has been many years since 1948. But we have a long way to go before slavery joins the pages of history. 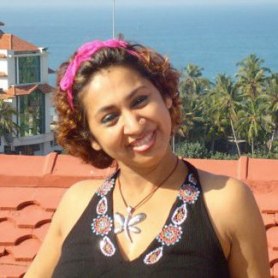 Jhilmil Breckenridge was born in a sleepy town in India and travelled most of her childhood. She was always found with a book in her hands and still is! She is currently enrolled in the MA Creative Writing program at the University of Westminster. She is filled with self doubt now that she has actually embarked on the arduous journey of crafting her first novel.