Dear The Side of Your Face,

I was a lost boy from Never-Help Land. I was a boy. Then a few strangers’ quarrels escalated to a full, blown-out war and my childhood skipped adolescence straight to adulthood.

I don’t know why this is happening and I don’t think we’ll ever get the real facts. I don’t know whom it is we can trust. Here we are, Syria, a nation sandwiched in between the Aliens and the Predators like someone’s sick, twisted sci-fi movie except the budget never runs out and the credit list of names of the dead keep on rolling.

If you can’t tell by now, I am a refugee and this is a snippet of my reality.

I won’t tell you my name. If I do, you probably won’t remember and even if you did you’d just butcher the pronunciation. I’m sorry but it’s true.

Let’s just call me John Smith so it won’t terrify any of the older readers.

I had a home like yours. Well, maybe not exactly. But I had neighbours, and both my parents, relatives I could barely stand to be near at annual family functions. I had a room. I had four walls that weren’t getting shot at, a door that wouldn’t break through so easily and a roof that could withstand whatever downpour God decided to add to the madness we found ourselves in.

I don’t think of them anymore – not because I’m as heartless as I’m making myself sound right now, but because I can’t. I have no time to wallow, to grieve, to even think. Instead, I march on. I walk from city to city for miles, being turned away at every corner by every shiny suit donning official and assault rifle-bearing soldier, eating scraps for food that we have to queue and fight for like dogs. A nation of scientists, teachers, academics and pious scholars all reduced to the barbarians the media portray us to be. The dirt has become us. And we have become the dirt everyone thinks we are. We are covered in it. My own stench is unfamiliar to me. Everything around me suffocates me. I’m drowning in a sea of helpless people whose difficulties reflect mine. I get off boats in far away lands and hide in the back of strangers’ crammed vans.

Foreign journalists come from time to time with their peculiar expressions, clean faces, and cameras gripped firmly in hand, watching us from the side-lines, the way you’d observe mammals in their natural habitat. I prefer those journalists to the other ‘pro-active’ foot-jutting ones anyway.

We are constantly engulfed in the hubbub surrounding us. Everything is loud and boisterous and hot and everyone is just feeding off each other’s negativity and desperation. The constant chatter, the crying of children, and the wailing of elderly women and sighs of disgruntled men. It never ends. I prefer it that way – I may be the only one. It’s when it’s eerily quiet when you know something truly awful has just happened.

I’m angry – they say that’s to be expected at my age. I’m hungry and cold too, which is to be expected from the condition we’re in…or so they say. The statistics say a lot, more than our dead ever would.

So now we run, with the shirts on our backs and the covers on our mothers’ heads that society secretly hopes will slip off, our siblings on their hunched backs, and in turn the fear that they carry on their tiny, trembling shoulders.

I live in London now, illegally of course hence the anonymity. I don’t quite know if I like it here yet. I don’t quite know if I like it anywhere anymore, but I have to try. The weather here is cold and the stares from strangers on the street colder still, but I’d take the apathy and loneliness over a boot in my face or a bullet in my chest any day. I’d take the hard labour and little pay, I’d take the insults and the comments comparing me to the very monsters I’ve fought so hard to evade. I willingly take it all like Shakespeare’s Juliet to the blade – because the alternative is always so much worse.

I miss literature. I hated it at the time, of course. It seemed so trivial, such a waste of time. I miss the stories we used to tell each other as boys. I miss the stories of the flying boys who never had to grow up. I miss the finality of stories; I miss the certainty and relief that Captain Hook would meet his crocodile.

I am grateful. I am tortured. Mostly, I’m just tired. I work. I work hard. I work for my mother. I work for my baby sister whose trials in life have started much too early. I work for the family we left behind and the dead we couldn’t even bury.

I work because I can’t afford not to like everyone else around me.

Others believe I don’t even deserve to live. All I know is I couldn’t live in the only home I ever knew.

I don’t blame you for turning your face away. I don’t resent the fact that all I’ll ever see is the silhouette of your back or the side of your cheek. I understand.

Why should you help me?

Why should you care?

I’d never have made it this far without you.

I just hope those other lost boys will too. 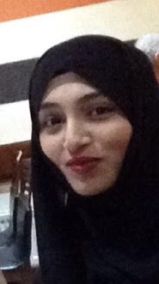 Fatima Ali is a first year student at the University of Westminster studying English Literature and Creative Writing. She enjoys writing short stories and novels from unique perspectives, and hopes to be a published author soon.